This past year I’ve read Malcolm Gladwell’s books in reverse order, and just finished his first book, The Tipping Point. In it, he explains, among other things, how the little things, the things in the margin, often make all the difference.

Such was the case with something I did last night.

Apparently, I pulled a muscle, sort of close to the hip region. It’s a very minor injury, nothing a couple of Ibuprofens can’t handle. I’ll probably forget about it by the middle of the week. But it hurts a bit, and it’s an aggravation. 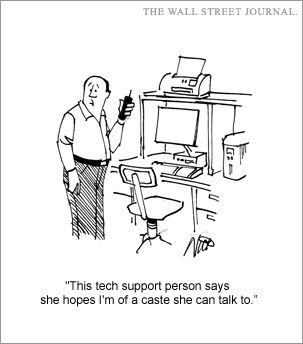 Those two beers, in combination with other things I was doing, caused me to reach the tipping point, in terms of stupidity.

That is, two beers in three hours is not enough to make me drunk, but it’s enough to lower my IQ just enough to do something stupid.

Here’s how it happened:

A few days ago, I weighed.

I noticed that I’ve gained six pounds in the past year — despite the fact that I set a goal to walk 10,000 steps per day and have done so each and every day since January 1, 2009.

I needed to lose twenty, and I gained six (I didn’t weigh all year — a bad sign).

Having watched Michelle Obama on Larry King Live (followed the next evening by a discussion of Bill Clinton’s heart situation), I decided to go on a diet.

Twenty-five years ago, I became a lifetime member of Weight Watchers, and I thought about going back.

So, I checked my trusty 2G iPhone and found Lose It! — a free app that is excellent.

Lose It! allows me to input my weight, my goal weight, and how many pounds a week I want to lose. Then it assigns a number of calories to consume each day and calculates the date on which I will reach my goal.

I’ve used a similar system before, years ago — a Weight Watchers knockoff for the Palm Pilot. iPhone is much, much quicker.

It’s quite easy to enter food as it’s consumed, along with exercise.

I had the choice of losing one, one and a half, or two pounds a week. One pound a week gets me to October before reaching goal. Too long.

Two pounds a week is quicker, but not enough food.

I chose one and a half pounds per week.

I’m already a vegetarian, and quite a healthy eater, and I quickly learned that this constriction is no problem, as long as I drastically reduce the amount of bread and pasta in my diet (my weakness, and the source of my weight gain).

Which brings me to last night. I went out on the town and drank two beers, my usual number. This is not a daily practice, but something I enjoy doing once, twice, or zero times a week.

In any case, last night I entered the two beers on Lose It! before drinking the beer.

When I got home, about midnight, I had about 300 calories left to consume.

Confession:Â  I’m a night owl and often do exactly what everybody says not to do.Â  I eat snacks late at night (usually in the form of a sandwich).

Last night, I had a bowl of black beans, with salsa, and still had over 100 calories to go.

That’s when I did the stupid thing that I would not have done had it not been for that damned beer lowering my IQ.

I ate some sesame crackers — and I ate them very carefully.

According to the information on the cracker box and the calorie count on my pedometer, I would have been fine eating four crackers.

And here’s where I got stupid. I ate five.

The reason I ate five is because five is the “serving size,” according to the box, and required no additional math on my part (this, despite the fact that Ak-Mak crackers are packaged with four crackers per section).

And I ate five because that beer had me wanting one more cracker, and I thought it would be no sweat paying for it by burning thirty more calories.

But it was actually a bit of a chore.

I walked around the kitchen and the calorie counter on the pedometer barely registered an increase.

So I went outside and walked up the street a bit.

Having consumed those beers, I didn’t have the intelligence to wear a coat.

Thirty calories is not a long walk. Halfway up the block and back was sufficient. But it was quite cold, and I wanted to get back inside the house, so I started running.

Breaking into a sprint, on a cold night, slightly under the influence, was stupid.

My weight loss program is right on track, but I’ve got a pulled muscle to show for it.