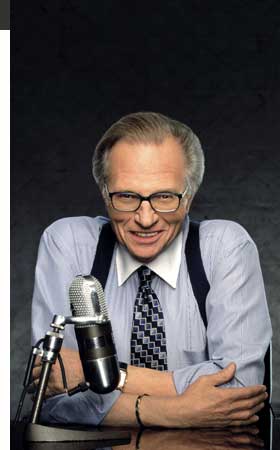 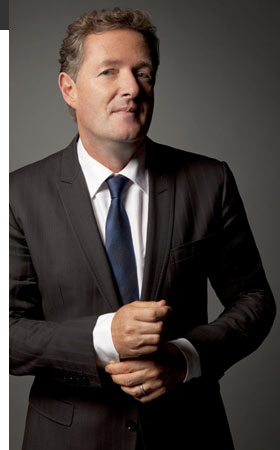 Despite the fact that his ratings were in decline, I always liked Larry King.

In fact, back in the day, when he did the radio show, I called twice.

Once, I asked Bud Collins a question about BjÃ¶rn Borg.

I wanted to know why Collins thought Borg never won the U.S. Open, and if he thought the problem was the cold reception he got from American spectators in New York.

Collins told me that my interpretation was off the mark.Â  They liked Borg fine in New York, he said.Â  But they adored John McEnroe and Jimmy Connors.

Looking back, the answer to my question is obvious.Â  Why didn’t Borg ever win the U.S. Open?Â  Because he got beat.

Another time, I called Larry’s radio show and asked Scott Meredith, the literary agent, a question about publishing.Â  This was a long time ago and I can’t remember the silly question I probably asked.

Both times, when Larry said “Salisbury, North Carolina, hello!” I hesitated for a split second and got reprimanded for it.

“Go ahead!” he said impatiently.Â  “What’s your question!”

I remember one time somebody asked Larry King (on radio), who in all of history he would most like to interview.

“What would you ask?” the person said (I don’t remember who this person was; it’s been many years).

King said that he did not prepare a list of questions.Â  He just started with one and then went from there.

“The obvious question to start with would be ‘Are you the son of God?'” he said.

I wasn’t an addict who watched the show every night — by no means.Â  Like many of us, I spend more time on the computer these days than watching TV.Â  It’s more productive.

But I was a fan, for sure.Â  I spent many evenings watching Larry King Live.Â  When both of my parents were alive and well and in their home (three blocks from mine), I often checked in on them and visited around that time.Â  We watched together.

When my father’s health was in decline, with my mother working many nights, I often showed up at 9pm.Â  The last night of my father’s life, I was at Port City Java, right at closing time.Â  He called and told me that Jon Stewart was to be the guest on Larry King.Â  He knew I was a Jon Stewart fan.Â  I drove right over and we watched the show. Then we switched to basketball.Â  Then my mom arrived from work and we all visited for awhile.

I’ve been a little disappointed with Larry King’s replacement.Â  I don’t dislike Piers Morgan.Â  (I don’t dislike anybody on TV; I don’t know them).Â  But I watched the show for a few minutes and did not find his interviewing style to be…highly captivating.

And now Keith Olbermann is gone from MSNBC.

If CNN could do a redo, would Keith Olbermann be the perfect replacement for Larry King?

Olbermann and King are almost opposite in style.

But I was a big fan of Keith Olbermann and will miss the opportunity to check in, on occasion, and see what he’s ranting about.

While the solution to 9pm on CNN is obvious to me, there’s no chance that will happen.Â  Olbermann will probably end up on Oprah’s network, or somewhere else on cable.

One Reply to “Larry King, Piers Morgan, and Keith Olbermann”