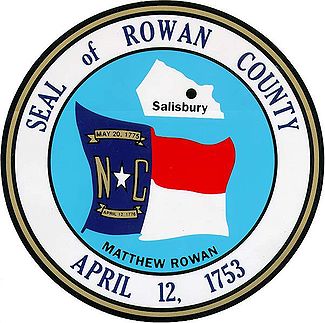 Here are some thoughts I thought about the Rowan County, North Carolina, campaign for County Commission — a very interesting and frustrating topic.

This blog is great. It describes what happened:Â “What is the Fish House?”

I may be wrong (and I hope I am), but as a strategy for electing a more progressive, responsive commission, I’m not so sure.

Fire Jim SidesÂ and La ResistanceÂ are awesome for generating interest and energy.

But a campaign requirers more than talk about the past. It requires a vision and promised actions for the future. Winning an election requires actual votes for one candidate over another — and I actually think focusing on the mall and the fish house and “wrongness” of people may help Jim Sides. It would not surprise me at all to see the opposition vote split 10 ways and see Mr. Sides increase his vote count in the next election.

He’s refusing to talk to the press and still getting all the attention. And he’s getting it for things that don’t matter that much.

There are good arguments against the county buying the mall, but there are also some valid arguments for buying it. Either way, it’s a done deal. Over. In the past.

If commissioners intend to damage the downtown and the city of Salisbury, that may be completely valid. There is evidence for that being the case. However, it’s hard to prove, much less run against, an intention or a motive. I’m not sure it can win a county-wide election.

The noise is good because it raises awareness and will likely increase voter turn-out.

But the noise needs to be channelled into a coherent strategy, and I’m not seeing that. It may actually be too late for that, since it’s too late for candidates to file.

I’ve heard the argument about switching party registration, as a strategy.

Which candidates on the Republican side support the schools? That’s what I want to hear. And I think that is what voters want to hear.

The schools are the backbone of any community. The economy, crime levels, jobs, quality of jobs, poverty, income levels — everything hinges on the quality of the school system. Every public problem the community faces could be dramatically transformed over time via the consistent presence of a high quality school system.

It’s a simple equation. Quality of Schools Now = Quality of Life in the Future. Period.

What about a candidate who champions the schools?

If there is one, who would that be?

For many years, Jim Sides has not worked WITH the school board. He’s worked against it. This way of governing has had an impact, and we’re seeing that all over. Rowan County has been behind for a good while and it’s going to take new leadership over time to catch up.

Politically, buying the mall was dumb. It’s easy to make jokes about it. But the county is growing and the government will need more office space. It’s a lot easier to justify buying the mall than it is to justify trashing the school system.

It’s almost like wasting valuable time talking about prayer at meetings. Fire Jim SidesÂ andÂ La ResistanceÂ are doing something similar to that. Being passionate about something that doesn’t matter that much.

Malls and fish houses are easier to talk about than facing the brutal facts about our school system and how much time and money it’s going to take to recover.

That’s the kind of noise and campaigning what I want to hear.