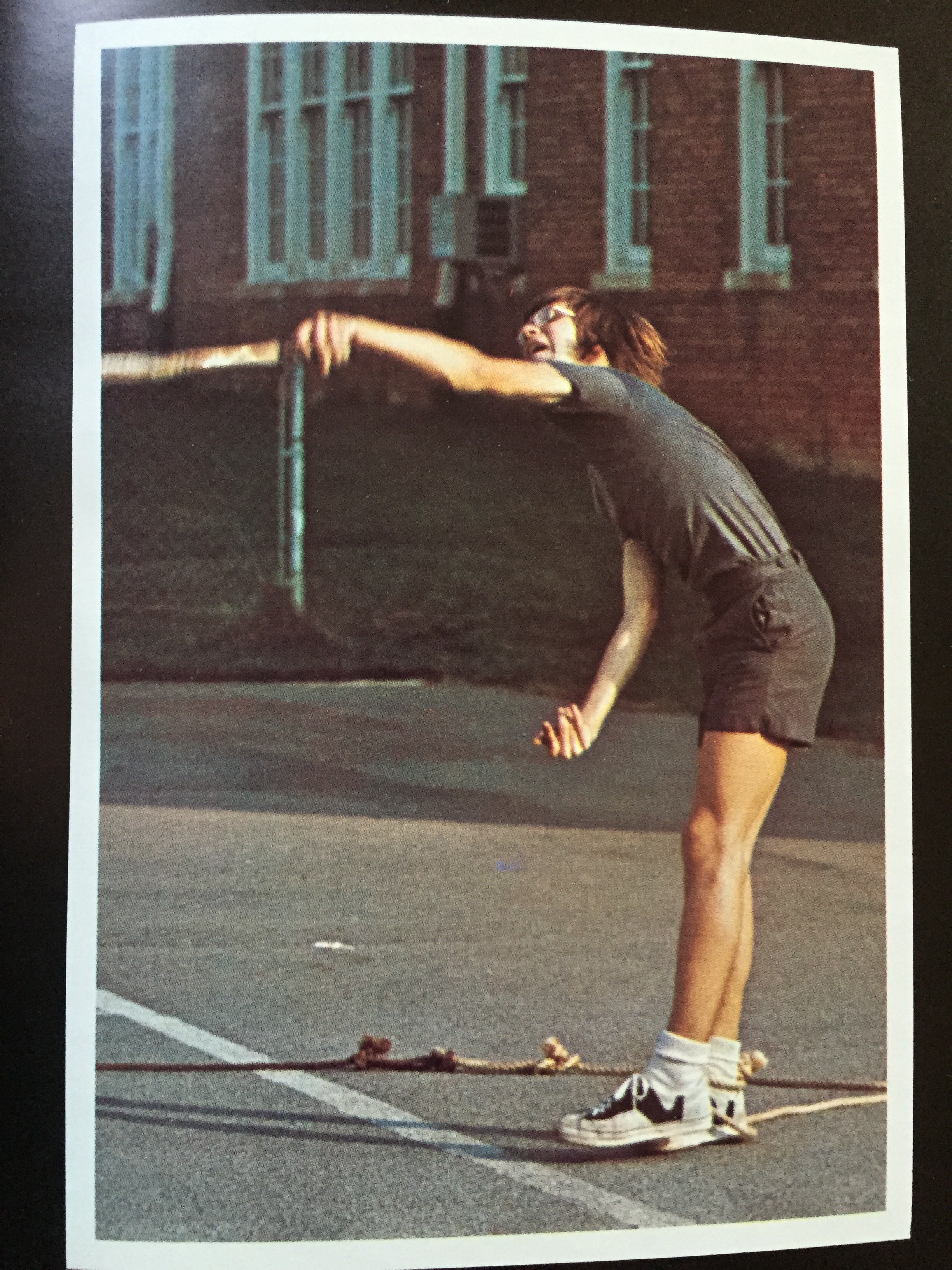 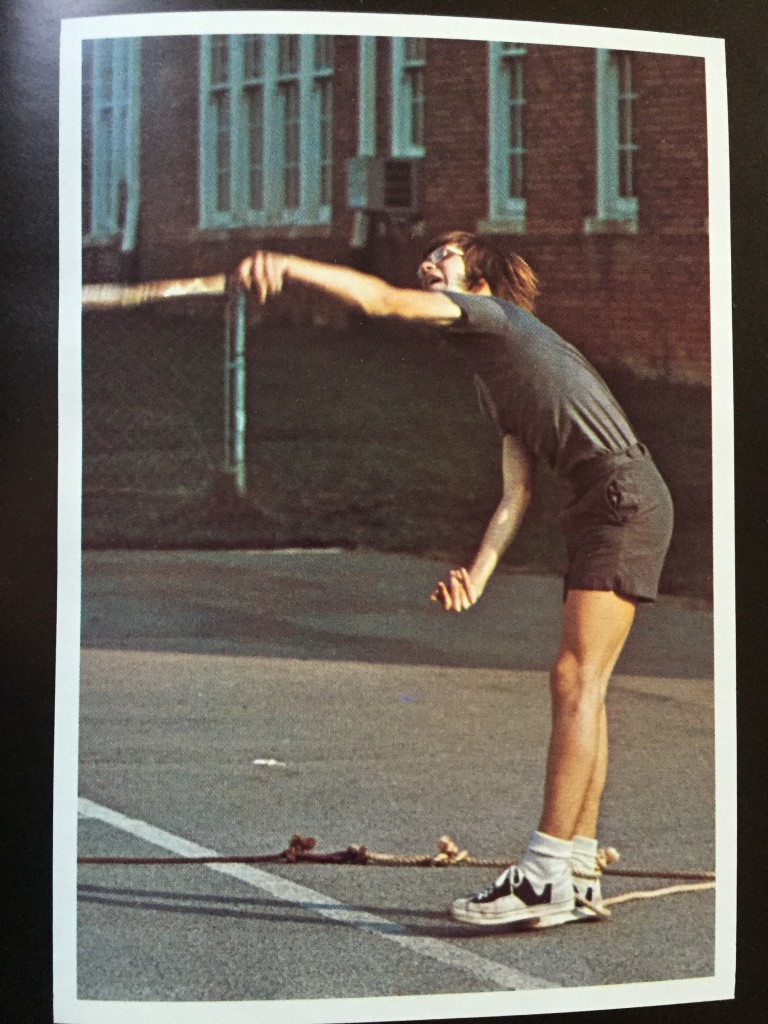 A week ago, my friend Buddy Snider passed away, and it broke my heart.

Buddy grew up next to the City Park tennis courts. Boyd Gilman lived across the street. That was like my second neighborhood, where I hung out all summer and most days after school. In the summers, my parents would drop us off on the way to work, pick us up on their way home for lunch, and take us back after lunch. My dad — a tennis player, would come to the park after work and we’d all play more tennis.

Buddy and Boyd were always there. Before I ever knew either of them, they were classmates, neighbors, and best friends to each other. They became my great friends also and a constant presence in my life for many years.

Children seemed to have a little more space to explore the world on their own back then, and we mostly managed ourselves and had some awfully fun summer days, playing in the creek, the lake, the woods, and on the courts. We also spent our tennis breaks on the swings, the slides, fishing, and even climbing the old fighter plane that was parked at the park for many years.

If we needed anything, we called our parents from the pay phone, went to Buddy or Boyd’s house, or asked Mike.

Mike Corthum was always there or nearby. He lived across the street. Mike was a Catawba professor when I was very young and my high school biology teacher when I was a little older. He also worked for the city, directing the tennis program for many years. He taught lessons and managed the courts. He was the best tennis player in town. I owe Mike a lot of money. There was a Cheerwine vending machine beside the courts and Mike would lend us quarters when we were thirsty and wanted something more lustrous than water.

Mike had a Volkswagon bus, and he would fill it full of kids (Buddy, Boyd, Jeff Hyman, Peter Tennent, me, my brother Jonny, Greg Alcorn, Dan Weant, Shane Smith and others) — and take us to far off places like Greensboro and Lexington and Winston-Salem and even Gastonia for tennis tournaments. 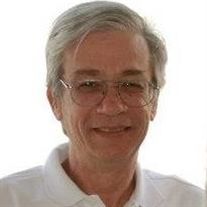 Hollar Brown and Mike Rimmer lived a block away. Martha Parrot also lived on that street (she was my age and she could beat me in tennis, I admit). David Beaver, another tennis player, lived within earshot of the courts.

I could name more kids from that neighborhood. It occurs to me that years and years of Boyden and Salisbury High School tennis teams consisted of kids in that neighborhood. That makes sense, since learning tennis is a lot easier when one has access to courts.

Tennis is a family sport and Salisbury had a big community of tennis families back then. The city park wasÂ theÂ central gathering place.

Buddy was a lefty. We were on the tennis teams together at Knox Junior High and Salisbury High School. He played in the top six and was reliable to win his matches. Those teams won championships.

One Friday night during my junior year, Buddy gave me the support I needed in order to drink my first beer. I remember how bad that first sip of Schlitz tasted, but it didn’t seem to stop me from drinking the rest of the can,Â and several more. In fact, I learned to rather like beerÂ and have enjoyed it ever since.

Later in life, we would go years without seeing each other — and yet he was one of those special people who I could say anything to, about whatever I was dealing with, and count on him to be completely attentive and generous and straight.

I got married fairly young, but not as young as Buddy. He met Jane in college and married either before he graduated or soon after. He taught us how to grow up, be a man, start a family, show some responsibility. He led the way.

Thanks to my own family drama, Alicia and I got married in a bit of a swirl, on a Thursday afternoon in Reynolda Gardens (a week before the planned date). Buddy worked that day. Jane, his wife, was one of a dozen people at our wedding. My bachelor’s party consisted of having a few beers with Buddy at his apartment the night before.

A few years before that, the day after high school graduation, we were up all night waiting outside Buddy’s house for the sun to rise. We were on our way to the beach and Buddy’s parents did not want us driving at night. I remember sitting there in the car, with friends, in the dark, and Buddy bounding out of the house at dawn. I also remember some of the things that happened at the beach. Buddy left behind six grandchildren, and it would not honor them to talk about some of the crazier things that happened. So I won’t.

There are so many stories that involve a lot of fun, youth, and foolishness. Many of those memories have been flooding back this past week. We were connected, so much a part of each others lives in those active, developing years, that the connection was something more powerful than I had realized until now. I have memories of Buddy at his house, the tennis courts, my house, the beach, the mountains, college/party visits at Wake Forest and Appalachian, tennis tournaments all over the state, talking about girls, going fishing (without everÂ catching a fish) — and countless nights romping around Salisbury doing things we should not have been doing.

When my father was in the last years and months of his life, at home much of the day by himself, dealing with his health, he would report to me that Buddy had been by for a visit. I was busy being a busy guy — often too busy for the people I love most — and Buddy was sitting with my ailing father. Two great men.

As adults, Our conversations wereÂ few and far between — but the level of connection and sharing wasÂ fun, meaningful, and rich. The last time I saw him was a couple of years ago, at a funeral. The time before that, we ran into each other at Lowe’s. He was carrying a heavy load of lumber across the parking lot, speaking proudly about his family, and advising me on whatever I was dealing with in my life. He probably gave me some handy how-to information regarding theÂ homeowner’s situation that had me shopping at Lowe’s.

A couple of months ago, I called to tell him about our 40th class reunion. I was on the reunion committee and made many reminder/invitational calls, but the only person I spoke withÂ at length and tried to convince to come was Buddy. He wasn’t feeling up to it. He said his energy was down. I see now that he could have been experiencing symptoms of what would take his life suddenly last week. I don’t know. He didn’t say. We hadÂ a long, heartfelt conversation that night and I will always cherish it.

Every conversation with Buddy made one thing clear. His friendship andÂ loyalty to the people in his life were absolute. Fortunately, that included old friends like me. I’m sure it included the people he worked with and the prisoners he took care of. Â Mostly, it included his family. He was completely devoted to them. A loving family like his is an accomplishment, and Buddy was enormously proud of that.

Buddy was a dear friend, and one that I loved. I never told him that and wish I had. I’m lucky to have known him and will always miss him.