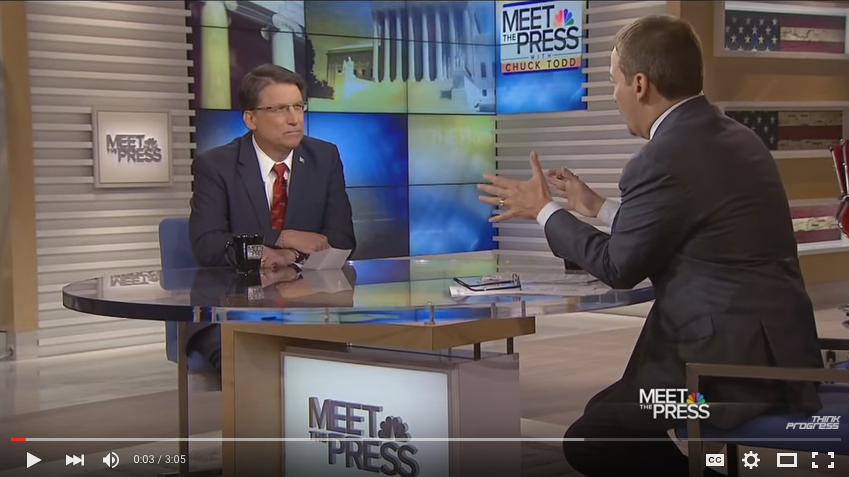 The North Carolina Governor plainly told the nation, on ‘Meet the Press,’ that we need more dialogue.

â€œAnd let’s have this dialogue and I welcome that dialogue,â€ he said.

In another interview, he says, “What we need is dialogue, instead of threats. […] I see at the national level with presidential politics, I see even with this issue with the threats and the letters and the boycottsâ€”I don’t see conversation. I don’t even see people reading things before they threaten to boycott. Why don’t we have a conversation?”

I wonder if he really means that — or whatÂ he means by that.

Skye Thomson, a transgender boy, says The Governor declined to have dialogue with him. This young man is still offeringÂ that opportunity to The Governor of North Carolina. 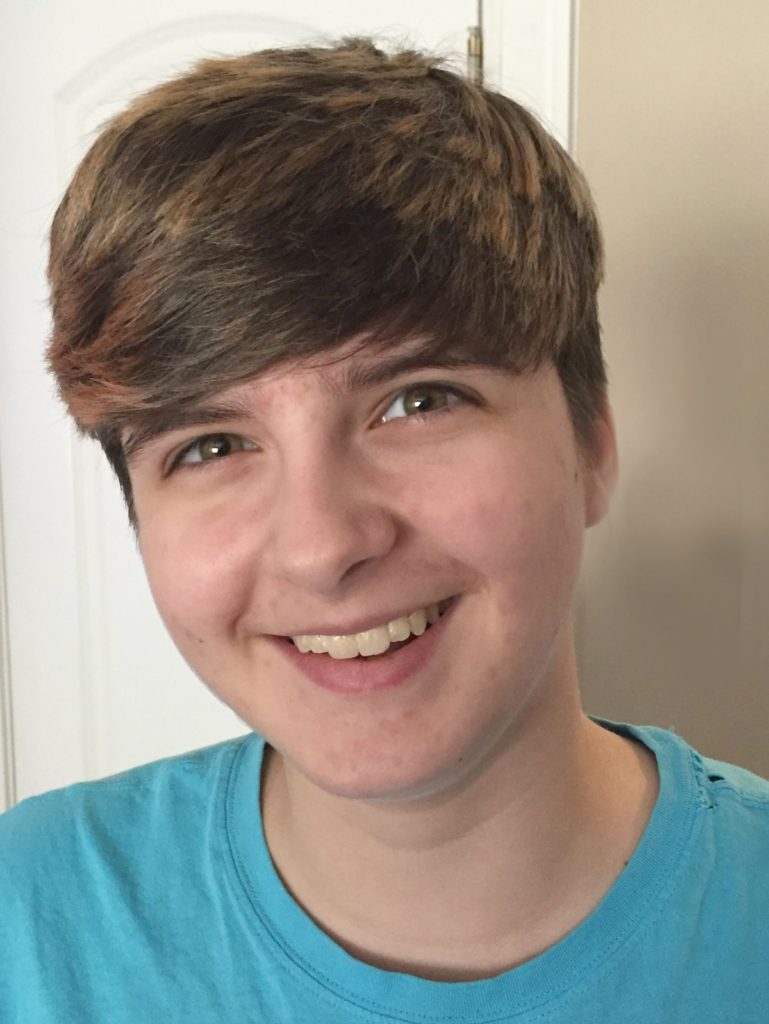 I’m thinking that dialogue, in McCrory’s world — the world of politics and getting re-elected — means that he hopes people will spend from now until the election talking about how right he is for being in favor of having separate bathrooms for men and women. It’s hard to disagree with that. What a dialogue!

And something else of high interest to our Governor:Â  What must it be like to be in the bathroom with a transgender person? A person whose genitalia does not match his or herÂ appearance? The governor is quite interested in that â€” and he hopes all of usÂ will be too.

These are fascinating dialogues.

A dialogue like that takes the attention off things like declining public education, declining higher education, unpopular and ineffective building of toll roads, inadequate minimum wage, loss of human rights, and the huge economic and cultural damage caused by legislation he has signed into law.

Not to mention the fact that North Carolina taxpayers are spending billions to provide health insurance to low income residence of other states, while half a million low income residents of McCroryâ€™s state are denied health insurance, because he and the legislature have denied Medicaid expansion here. To heck with morality or dignity or humanity in matters of health, life, and death. Better to be right about that pesky Obamacare than allow care for the poor in his own state.

He also caused much pain to those who were already suffering when he cut unemployment benefits in 2013, at a time when North Carolina had an unemployment rate over 8% and workers here were pretty desperate.

But these things â€” real damage to public schools, state universities, state workers, economic development, providing health and well being for people, and cultural losses â€” these were not unintended consequences. These things are the result of a clear intention. These things happened because he caused them to happen as a direct result of legislation he signed.

Much has beenÂ written about the Governor’s hypocrisy (seeÂ The epic hypocrisy of Gov. PatMcCrory). Â I’m saying that McCrory is telling the truth. He does want dialogue. He wants lots of dialogue, between now and the election.

And he wants that dialogue to be about bathrooms and human sexuality (fun stuff that anybody can talk about). And, although he won’t directly start it (he’s no Donald Trump), if he can frame the conversation such that a little hate speech for sexual minorities becomes the dialogue-du-jour between now and the election, he’ll welcome that kind of dialogue too.

It’s an excellent distraction from real issues that impact the lives of real people in the Tar Heel State.

It’s smart politics. It’s not a very noble way to govern a state that’s been pretty good to him.