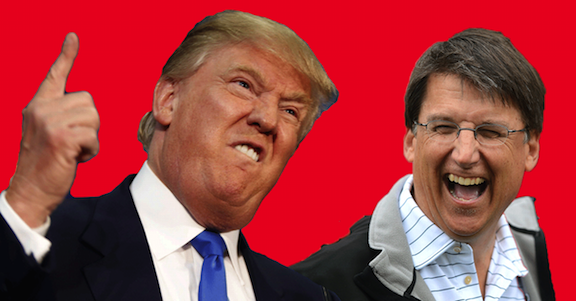 Republicans seem to be obsessed with human genitalia.

McCrory is proud ofÂ protecting girls from transgender predators in the bathroom.

He calls them transgenders, but he’s really talking about men whoÂ dress like women in order to attack girlsÂ in the ladies room — a group of peopleÂ that seems to exist only in his vivid imagination.

Trump is proud of his accomplishments as a sexual predator. He’s interested in grabbing women in their private parts, etc.

They pretty much attract the same group. The same voters!

I’m a hypocrite too. We all are. I assert that that is part of the human condition.

But there’s gotta be a greatÂ joke in there somewhere. Â I just can’t think of it.