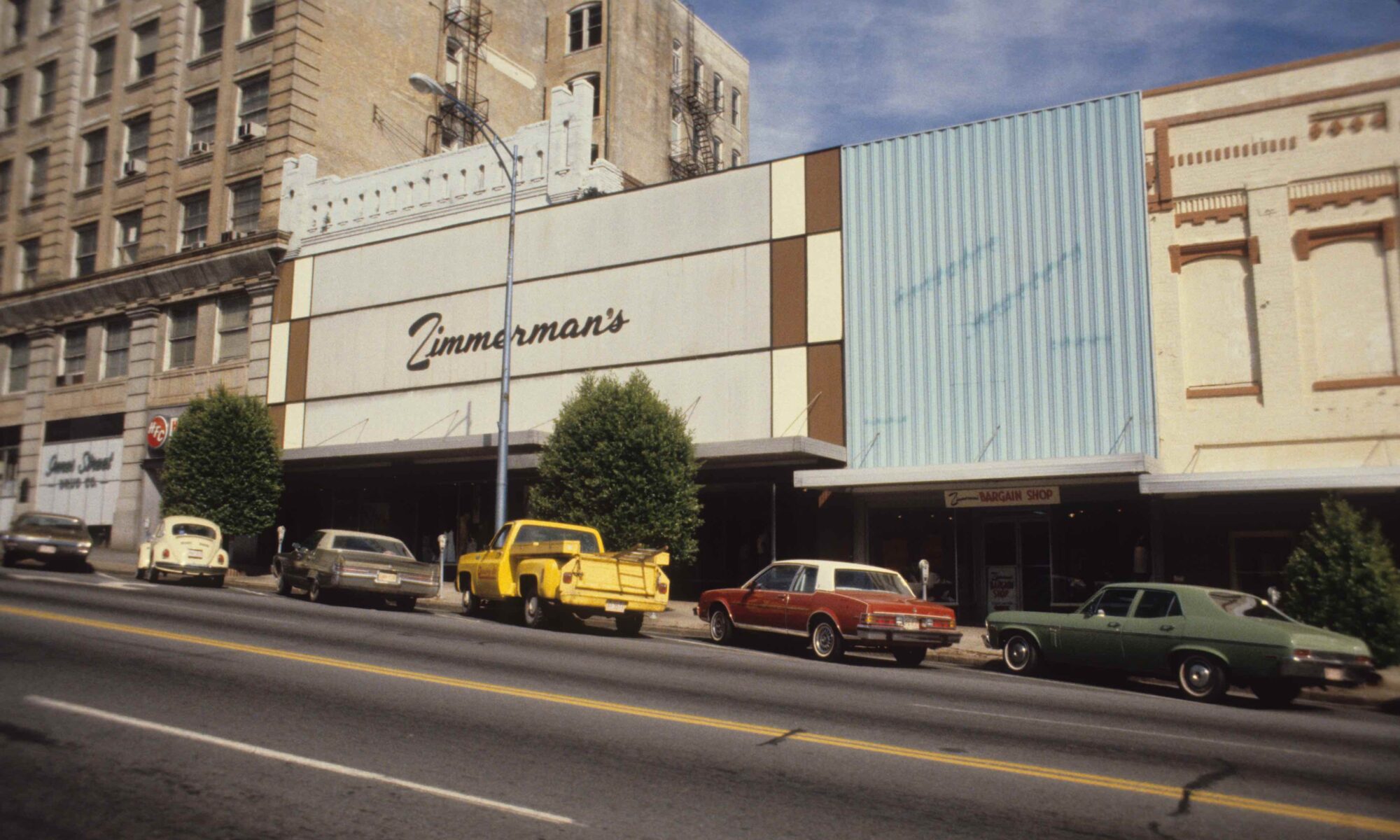 In Europe, my grandfather was trained as an architect. Here, he was a peddler, working the South. My grandmother somehow found her way from Rochester to New Jersey and then to live with a sister in Orangeburg, SC. I think. She may have lived other places. I donâ€™t know. I think they met in SC.

The store was close to the law office of Sam Ervin, who would become a senator. They knew each other. I know this because, even though my grandfather died before I was born, I had the opportunity to ask Senator Ervin if he remembered my grandfather, Sam Zimmerman â€” and he said, â€œYes, with the store.â€

During the depression, they moved to Marion, VA and then, in the mid 30â€™s, to Salisbury. They had been able to live in a house in Morganton and Marion, but times were tough and they rented 110 N. Main St. in Salisbury, where they could live upstairs, above the store. The building had been vacant. My mom said, when they moved there, that the previous business had been a type of farmers’ market. She said there was handwriting on the walls â€” stuff like â€œEggs,â€ Tomatoes,â€ â€œOkra,â€ â€” with prices.

They turned it into a small store. My grandfather was a handy guy who could build shelves and make clothes. He spent a lot of time during the day at The Friendly Cue and at night at Purcellâ€™s Drug Store, which was a gathering place for men who would gather round the radio, in the early 40â€™s, and listen to news of the war.

They lived upstairs. Mom said they had one dresser with four drawers, and each member of the family had one drawer, which kept all of that personâ€™s clothes.

In 1948, he was walking down Main St. and my grandfather was standing outside the store. They struck up a conversation and my grandfather invited my father to dinner, where he could meet a Jewish girl, his daughter. My mom was in college, in Greensboro, and home at the time. Maybe it was a weekend, holiday, or summer â€” I donâ€™t know.

My father and my uncle focused on the family business, Zimmermanâ€™s, and having more children and raising families. Zimmermanâ€™s had no employees in the 30s and 40s. It grew in the 50s and 60s.