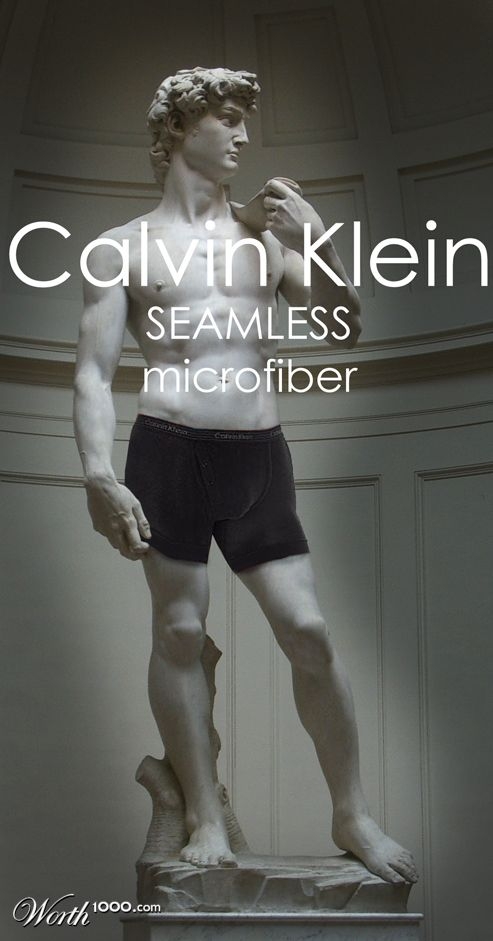 A group that is against all nude sculpture is trying to get the city of Florence, Italy, to put clothes on the world’s most famous statue â€” Michelangelo’s David.

The CFNN (Citizens For No Nudity), has collected over 20,000 signatures from art lovers around the world who would like to see clothes put on the huge marble work of art.

Baker Luffershy, 37, president of the CFNN, says that it is going to be an uphill battle, but one that his group is willing to fight all the way.

“When something has been around for almost 500 years, people get used to it,” Luffershy says.

“They forget how pornographic it is, and it becomes difficult to get them to change.

“But we won’t quit getting signatures and speaking out. You’ve got to remember, kids who see it for the first time have never seen it before. We’ve got to break the chain somewhere. Eventually we will have a whole generation that has never even seen the nude version.”

Luffershy says that clothes â€” perhaps a pair of gray shorts and a T-shirt or battle vest â€” will actually improve the sculpture.

“People will be less embarrassed to see it and more people will visit the sculpture, which is what Michelangelo’s would have wanted. He would be pleased with what we’re doing.

“It will be more realistic with clothes anyway. Surely, David didn’t fight Goliath without any clothes on.”