Every so often, I re-post this picture. I remember well the moment I had the idea to pull out my phone and take it — thinking it was a special moment in time. And it was.

First Mom. Then Naomi. Then Paul.

And last night, in the presence of Leon, Phyllis, and Jackie — his closest family, and the ones who cared for him as he weakened — Billy Burke passed away.

He will be remembered for his talent at bridge and music, his ability to entertain. The joy he created when he sat at a piano. He played all over town (and, when he was younger, all over the state). Countless thousands marveled at his music. I was privileged to enjoy his performances at family dinners also.

Equally special was his knack not only as an artist, but as one who supported other artists.

He never missed a moment of theatre in Salisbury. Until he stopped driving, he didn’t miss much in the entire Piedmont region of North Carolina.

He had to pick and choose in New York, but he didn’t miss anything important. He took his vacations there and would schedule it all out  for a week — catching a matinee in the afternoon and a show at night

He was a Broadway encyclopedia.

I don’t think he missed many movies.

He loved it all.

The few plays I’ve produced in Salisbury, he attended. And he always, always asked me what I was writing.

When a writer who doesn’t make his living as a writer gets asked that question, that’s a gift. It feels good.

He always asked, as recently as a few months ago, at his final birthday party.

So many who would have missed him so much are no longer with us. He outlived them.

But there are a lot of us left who will never forget the special joy he was as a human being. 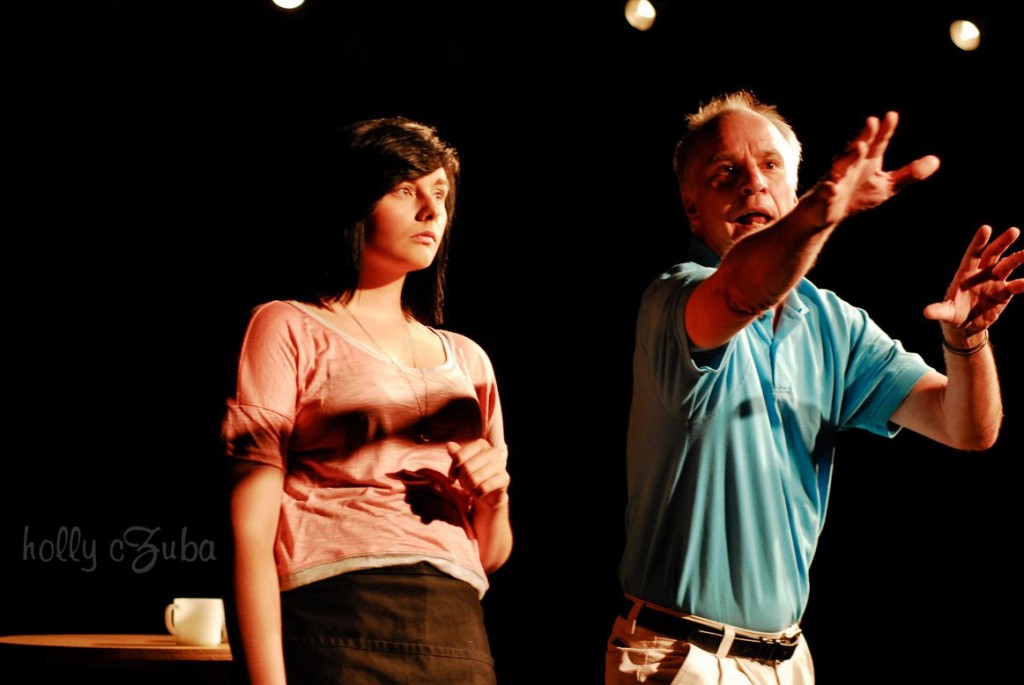 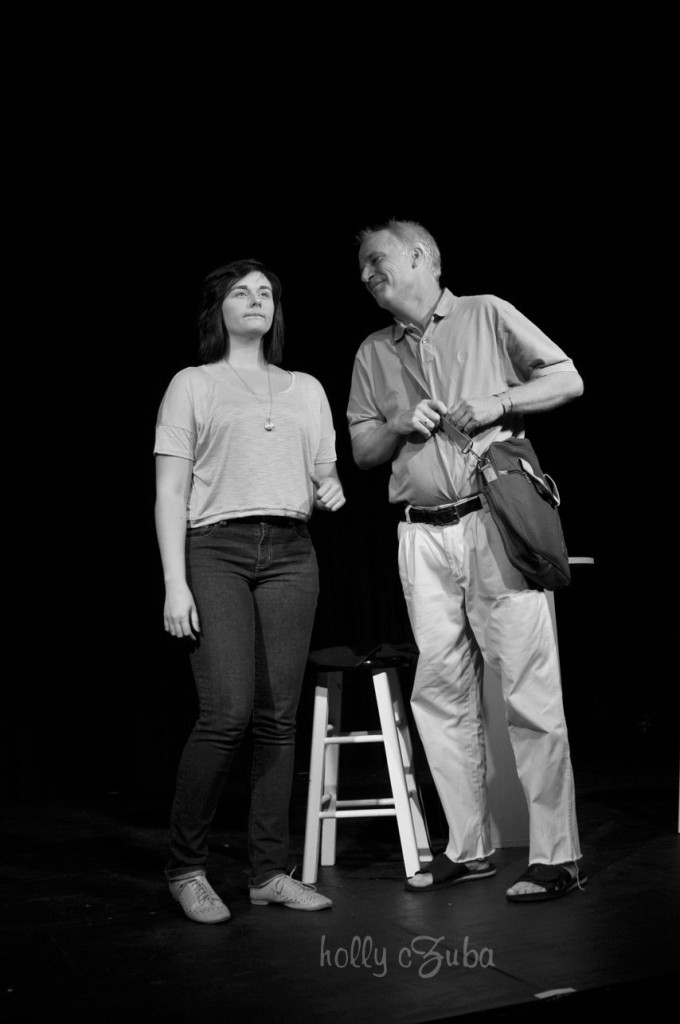 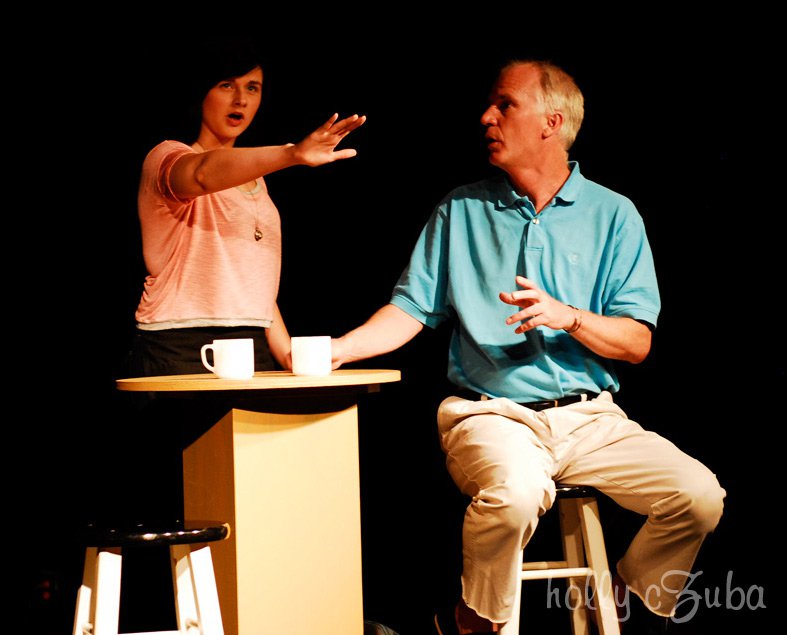 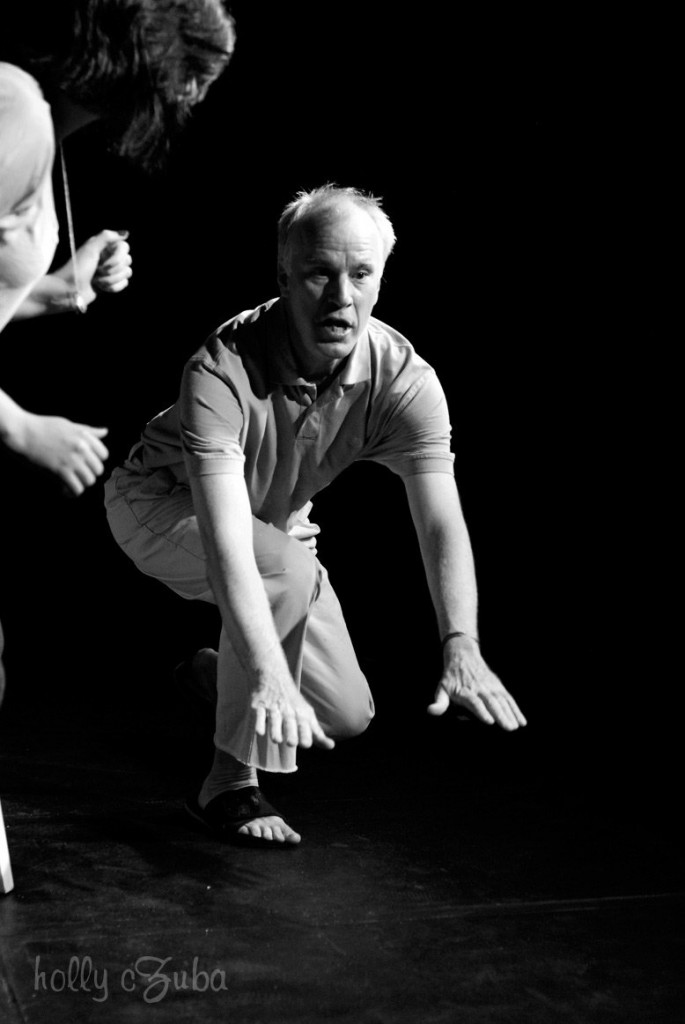 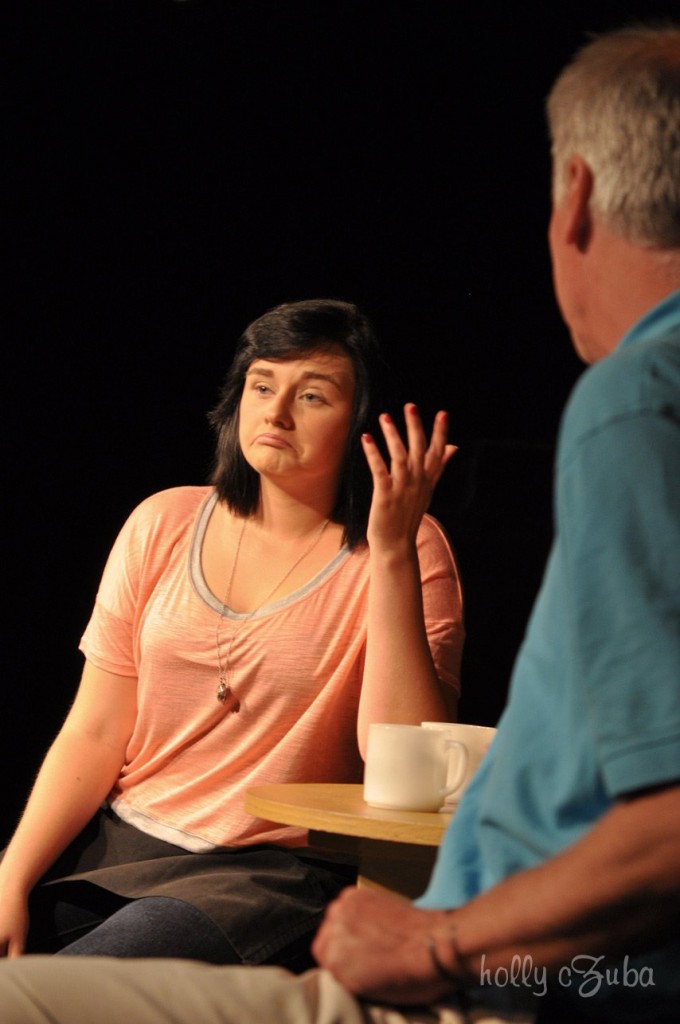 The internet distributes my ten minute plays quite well. Shambles links to my website (which is now over ten years old) and sends a steady stream of traffic from theatre students around the world. They often request permission to use my 10 minute plays in their classes.

This week, three students asked me for scripts for their projects.

Stephan, a student in England, wants to use Panic Attack. Avery, in Georgia (USA), is using In the Waiting Room. And Diana, in Romania, is doing a school production of Responsibility.

Sometimes, the requests come from places in Asia and Africa where I’m guessing there may not be access to many short plays in English in the library.  Sometimes they translate them.  One student in Sudan told me he translated Pizza into Arabic and changed the title to “Milk.”

Often, teachers tell me they use the scripts to help their students learn English.

I know that some students probably do have access to a good library and could certainly find a better script than mine — but this website makes it easy, and these exchanges give me a tremendous amount of pleasure.

Thus, without Broadway success, critical success, or money, I’m sort of a content playwright. I make the plays free and accessible online, and get the satisfaction of knowing that the words I put on the page are getting used on a regular basis.

But, I just can’t crack the hometown. Here in Salisbury, NC, we have three theatre troupes, plus a local college with an excellent theatre department. They all have done new plays written by local folks (including some really bad ones, which is the norm for new plays) — but I can’t get them to consider mine.  They will give me the time of day, when I buy a tickets to their productions — but that’s about it.

I have done plays here. That’s how I got started, in the mid-90’s, by producing them myself. They went really well.  Got a lot of support and learned a lot.  A self-produced local production is one good way to get a play done, and it’s a lot of fun — but it’s ultimately an ego trip that doesn’t tell you a lot about the play.

This spring, Lee Street Theatre will be producing a festival of ten-minute plays. They did this last year also. Last year I didn’t enter the contest for two reasons. The theme was “city.” I didn’t have any plays that specifically talked about city life, and I didn’t have the time or inclination to write one. I love cities, but the theme is a little broad. It would be much easier to write a play about a pair of socks. I also noticed unsavory signs of politics and competition among those involved, and feared my play would be rejected.

I did go to the show. It was fun, but a fairly weak production overall. A number of people asked me why I didn’t submit one, and I said it was because I didn’t want to be rejected in my hometown (Salisbury — a small town) and thereby suffer the embarrassment.

This year, a couple of people on the committee urged me to submit — and they whispered to me (pssst…psssst) that a discussion had taken place and that it was decided a play of mine would be picked.

They call the evening “A Six Pack of Plays” and the scripts must be set in a bar.

Well, I wrote a play called A New Normal.  (You can see it here, if you like).  It’s set in a bar. It’s about a bar’s last night in business. It takes place on New Year’s Eve, 2008, during the heart of the Great Recession. It’s certainly no masterpiece, but I think it’s okay.

My play had six (although three of them had no lines, such that those actors would really not need to rehearse more than one day).

I inquired about the strictness of these rules and learned that the cost of violating this decree was severe. I was told, in no uncertain terms, that this play would not be considered. So I didn’t send it and never showed it to anybody.

They extended the deadline a few days and I wrote a second play (well, it’s actually an adaptation of something I wrote a few years ago; it worked quite well). This one was not set in a literal bar, although it’s about a person who has spent too much time in a bar, and she invites the audience to join her at the bar. I thought it hit the “bar” theme pretty hard.

I submitted this play, but it was disqualified because it was not set in a bar. When they say bar, they mean a real bar. Symbolic, thematic, metaphorical bars will not suffice.

I understand, of course, that they want the convenience of using a single set for all six plays. But I’m certain this could have been done with a prop or two, without any set-changing fanfare — and it would have added a bit of variety to the evening.

It’s called Nice Name for a Sky and is posted here.

My ten minute plays have had a number of productions, including hundreds in classrooms around the world, with almost fifty productions in theatres, including some pretty nice ones in New York, Minneapolis, Chapel Hill, Melbourne, Charlotte, and elsewhere. Several have been published by play services and, and three of them last year in the NC Literary Review. And I’ve won two state arts grants for playwriting and filmmaking.

But I’m still trying to figure out how to play the local theatre political scene. Still looking for my first local theatre production. It’s a tough nut to crack. Maybe it’s because I take it all too seriously.

This is the cover of a book I’m publishing.  Consider this the pre-publication publicity hype.

These days, with print-on-demand, self-publishing can be remarkably easy, and cheap.

But it’s nearly free if you do your own editing, typesetting, and design — and upload the files yourself.

Of course, then you get book covers that look like…this.

In a few days, this book will be available on Createspace.com, Amazon.com, the local bookstore (Literary Bookpost), the store at The Looking Glass Artist Collective, and from the trunk of my car.

The media blitz will be minimal — but so was the risk.

It didn’t cost me anything but missed sleep.

I seriously doubt any traditional publisher would have been interested in the least.  The cost is high and the market is small.

If nobody buys it — so what?  It’s stored on a computer and printed only when somebody wants a copy (except for the ones I buy, that will be in the trunk of my car).

If anybody wants to read the plays for free — they’re all here, on the website.  Lots of people do every day.  There’s nothing new in the book other than the more portable form and a little more editorial scrutiny.

This is just to state the obvious:  publishing is really changing.

The 2009 issue of the North Carolina Literary Review just came out and three of my short plays are in it: Love Poem, Responsibility, and Ignition Switch.

I’m guessing most libraries in NC subscribe to this journal. They did such a nice job with layout and art.

Also included in the NCLR is an essay called Recovering “moral and sexual chaos” in Tennessee Williams’s Clothes for a Summer Hotel, by Annette J. Saddik.

This brings me to my point (stretching it, though the backdoor):

Like Blanche, who “always depended on the kindness of strangers,” I’m also much indebted, honored, and completely grateful to the editor, Dr. Margaret D. Bauer, and the other editors and staff — all strangers — who somehow picked these three plays. Obviously, this is a fine journal and an enormous project, and they made my little scribbles look really nice in print.