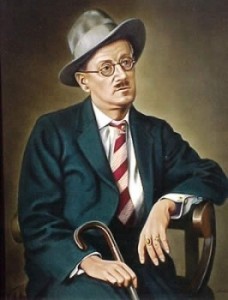 Elizabeth Cook, editor at The Salisbury Post, wrote her Sunday column about the beginning of the new school year, and the absence of my mother’s traditional back-to-school column.

In the column, she reprints a letter, written by a school principal about his son’s first day of school.

Mom quoted this letter each year, and Beffie is quoting Mom quoting the letter. It’s such a beautiful passage that it always chokes me up — as it does so many…

She also quotes one of my blog posts.Â  Thanks, Beffie.

I just read an article on the Salisbury Post website about a guy who was arrested for growing pot.

I read the local news there in order to see what’s going on, but also for the entertaining comments with local flavor.Â  The stories I click most often are the ones most likely to produce chatter.

It’s all anonymous and unmonitored, so people who comment don’t give a damn.Â  You see some real jewels there.

Because Salisbury is a small town, if the story involves somebody everybody knows doing something he or she should not have done, the comments often get out of hand, deleted, and shut down.

As is the case in all media everywhere these days, there’s a large, loud chorus of commenters who rail against any and all government spending.

It really doesn’t matter what the government is doing, the response is fairly predictable:Â  if it costs money, they shouldn’t do it.

Yet, some of these same folks who seem to think schools should go without teachers and buildings and supplies because they represent “government spending,” made some suggestions regarding this marijuana grower:Â  “lock him up and throw away the key.”

Sorry, but this requires government spending, and a lot of it.

So I decided to Google the cost of prisons in North Carolina and register my own comment, there on the Salisbury Post site, and quoted here:

Just for the sake of discussion…

Lock him up and throw away the key?

The average cost of housing an inmate in North Carolina is over $27,000. This doesn’t count the cost of building the prison cell itself — which is over 100k for each cell.

So locking up anybody and throwing away the key involves some serious government spending with very little to show for the money after its spent.

The money it takes to lock this guy up for just a couple of years could pay for one of our many, decent, unemployed citizens to retrain and become a nurse — employed and contributing to society.

Whereas, keeping him in prison for growing pot will just prevent a few of his customers from watching too much TV and eating too many Cheetos.

I know “lock him up and throw away the key” is one emotion that many feel, but the economics of such practice — especially for victimless crimes — is rather silly.