In October, Michael Kamel, a young filmmaker, asked if he could use the script of my short play, “Purple,” for a short film.

I said sure, go for it. MichaelÂ is a freshman at George Mason University.

I get a fair number of requests such as this. They ALL warm my heart — and I mostly never hear about the project again.

Yet, lo and behold, he actually made the film.

Today, sent me a link.

I’ve gotta say, I’m impressed. A lot of people make a lot of videos. And a lot of people talk about making films. Michael made a film. And he took care to do it well. He got more out of that script than I would have imagined.

The scriptâ€¦well, it’s fun and strange to look back and think what weird things were going on inside my head in 2007, when I wrote this.

The filmâ€¦ great work, Michael! I love it. You really know how to work with your actors. Thanks also to Jacob and Bri. I don’t know them, but I love them for breathing life into these characters. 🙂 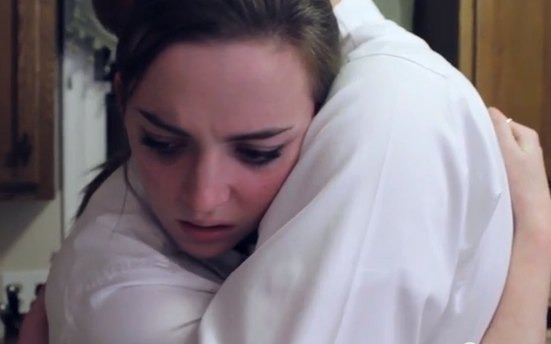 Laura Bond’s book, TEAM for Actors A Holistic Approach to Embodied Acting, has just been published.

I’m proud to have a copy on my shelf — and I’m totally honored and excited to have two of my plays included inÂ  it (Appendix C: Scenes by Sam Post for Practice).

Thank you, Laura. Break a leg with this book!

Laura and I have become email friends and I hope to meet her in person one of these days. She’s awesome.

I’m not an actor, but it’s obvious that her book is fresh, innovative, and comprehensive — a valuable

and unique contribution to field. I have no doubt students in schools far and wide will create themselves in these pages for years to come. 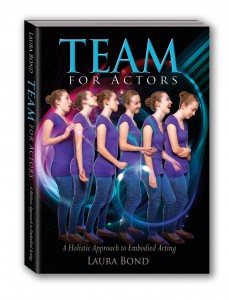 She’s Chair of the Drama Department at the University of North Carolina, Asheville. She is an Equity actor, theatre director, international workshop instructor, and teacher of acting since 1992.

TEAM for Actors gives you reliable tools for successful

acting and helps resolve a common gap between the mind and body so you can create a dynamic, holistic performance.

Based on Laura Bond’s twenty years of teaching acting and somatic emotion-regulation techniques, TEAM for Actors provides tangible methods for integrating the thoughts, emotions, and actions of expressive behavior into acting. The book incorporates scientific research, traditional acting approaches, and aspects of the Alba Emoting technique, a reliable method for embodying emotions and actions of expression. With Bond’s guidance, you can easily move from theoretical concepts into practical application. She illustrates the TEAM’s use through true stories, practical examples, and original exercises derived from years of experimentation.

Team for Actors at Createspace

Team for Actors at Amazon.com

A student gave me a letter.
She said she did not write it,
but she did.

wrote things
she wrote
but got read

said things
she said
but got heard

hungered for things
she wanted
but got fed

ran the way
she ran
but scored

walked the way
she walked
but attracted glances

learned the things
she learned
but won.

But then
her letter taught me,
and theirs did not.